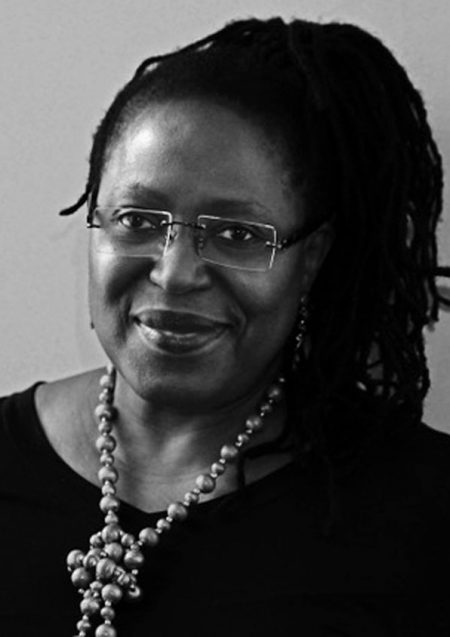 June Givanni is a pioneering international film curator who has considerable experience in film and broadcasting for over 30 years and she is regarded as a resource for African and African diaspora cinema. The development of the Pan African Cinema Archive is based on her collections from years of working in the field of cinema. Her motivation for the archive is to make this valuable heritage collection as widely accessible as possible. In the early 1980s she was involved in bringing Third Eye London’s first Festival of Third World Cinema, to London and she worked as a film programmer at the Greater London Council’s Ethnic Minorities Unit, at a key development stage for Black British Independent cinema, and Black British art and culture generally. June ran the African Caribbean Film Unit and edited the quarterly Black Film Bulletin; and the book Symbolic Narratives: Africa Cinema at the British Film Institute. She also programmed Planet Africa at The Toronto International Film Festival over 4 years. She has worked as a film curator with festivals on 5 continents – including India – and has been involved in key moments in the development of Pan African cinema on these continents, and the development of the links between them. June has worked closely with many of the key filmmakers, critics and theorists involved with ‘Black British Cinema’; ‘African Cinema’; ‘Third Cinema’; ‘Caribbean Cinema’; Black Cinema from Europe; and African American Independent Cinema.