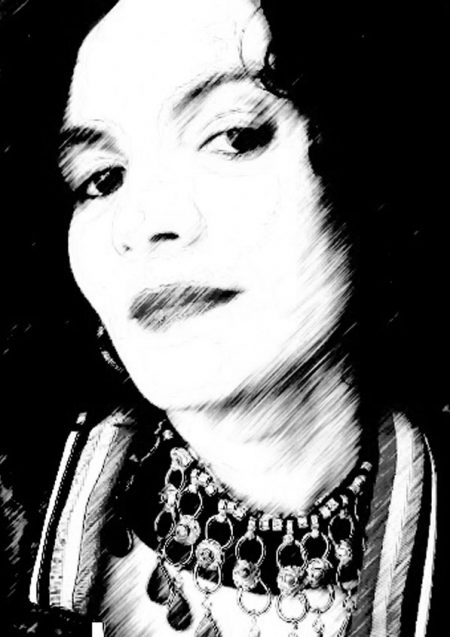 Shelley was awarded a full scholarship from the Ford Foundation to study towards her Master of Fine Arts in Film in the United States and graduated from Temple University in Philadelphia in 2006. Her films span across genres and are largely experimental in style. She often shoots her own films, exploring the aesthetics of cinematography from the perspective of a wheelchair user. Screenings of her work were held at major festivals and events around the world and acquired by television, including MTV, DUTV and WYBE in the U.S and SABC and etv in South Africa. New York University is one of the international libraries that has purchased her work.

Awards include an Audre Lorde scholarship for film production, Distinguished Graduate Student Award from the Pennsylvania Association of Graduate schools and Best film awards at international festivals in NYC, Canada, Moscow, San Francisco, Toronto, Philadelphia and New Jersey for her first film, an experimental documentary, titled Whole- A Trinity of Being. Her thesis film, Where we planted trees, was awarded Best Documentary at the Diamond Screen Film festival in Philadelphia and selected for the Encounters South African International Film Festival in 2011.

Inclinations, executive produced by Cheryl Dunye, was acquired by MTV and made the top ten best click list on their online site. etv commissioned Diaries of a Dissident Poet on poet James Matthews, which will broadcast September 2019.

Born and raised in the Eastern Cape, South Africa, Shelley completed graduate studies in English and Drama at the University of Cape Town and University of the Western Cape. She has worked extensively as a disability rights activist, following a shooting in the Cape taxi wars of 1996 that resulted in her being a wheelchair user. She has held positions as Media Manager in the Office on the Status of Disabled Persons in the Presidency and as the National Parliamentary Policy Co-ordinator for Disabled People South Africa. During this time she co-ordinated President Nelson Mandela’s guard of honour for his State of Nation address in 1997.

In the area of visual media, she completed a short video course with acclaimed filmmaker Mira Nair and worked in television as the Programme Compliance Advisor for South Africa’s first independent television station, e.tv. She was also based as an intern for a brief period with the BBC’s Disability Production Unit in London.

Shelley has held positions as Chief Examiner of the South African Film and Publications Board and served on the board of Mediaworks, a community media organization. She currently serves on the board of Street Stories Films. She is associated with Gun Free South Africa and addressed the United Nations in 2006, giving her testimony and calling for an end to gun violence, during the UN review on small arms.

She was a Carnegie scholar in residence at the University of the Witwatersrand where she was based as a filmmaker from 2007-2008. During this period she made new films and taught experimental cinema and short fiction production. She has also taught documentary at Big Fish School of Digital Filmmaking and at the University of the Western Cape where she pioneered filmmaking in the Women’s and Gender studies department.

Shelley developed the Programming department at Cape Town TV (CTV) – a community tv station advocating human rights and social justice where she was based as Programme Manager from July 2008-January 2010. During this time she also ran training workshops in filmmaking, particularly for those who have not had an opportunity to tell their stories. She facilitated filmmaking at The Saartjie Baartman Centre for abused women and children and with 17 transgender people from 6 African countries for the organisation Genderdynamix. She ran film internships for unemployed youth and trained young women in film with funding received as a recipient of the Feroza Adam Legacy Programme. Shelley ran her own community based film school twotrainingwheels from 2013-2014. She recently completed training 15 young women in mobile phone filmmaking in Diepsloot, Johannesburg.

In 2010, Shelley was hosted at The New York African Film Festival where her experimental films screened at The New Museum as part of a program on New directions in African cinema. In 2011 she made the Mail and Guardians top 100 outstanding SA women’s listing and was featured in three documentaries on powerful South African women aired on SA broadcasters SABC and etv.

Shelley is the founder and director of twospinningwheels, a production company that aims to explore new languages in cinema and marginalised voices having access to the craft of filmmaking.

She was selected to be on the SA film delegations to MIPCOM, France, The European Film Market, Berlin, The Rio Content Market, Brazil, Cannes, France and The Tribeca Film Festival, New York.

In 2019 she was hosted as a visiting scholar at The University of Gothenburg, Sweden. Shelley’s virtual reality work, HERE, co-produced with Electric South and funded by the Ford Foundation, premiered at the National Arts Festival Makhanda and at the Jaku’gesi African Digital Innovation Festival in Johannesburg.