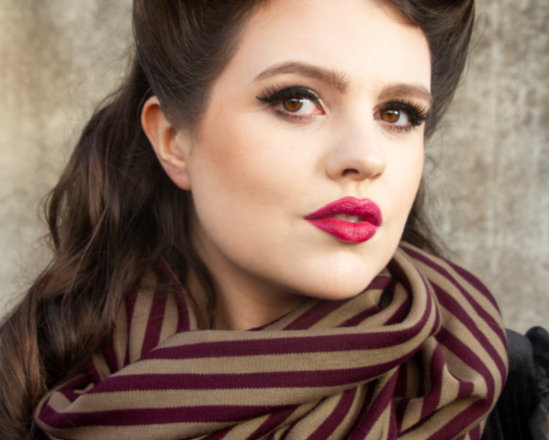 SOAS Centre for Creative Industries, Media and Screen Studies (CCIMSS) and Screen Worlds present: Dr Lois Barnett’s Inaugural PhD Lecture. Since 2018 CCIMSS has been celebrating the achievements of its research students by holding an annual PhD inaugural lecture in which a recent doctoral student presents their work. Click here to register for free!

Dr Lois Barnett’s work examines the interaction between the audience member and Japan’s film and fashion industries between 1923 and 1939, focusing on Western-inspired fashion objects (as opposed to indigenous Japanese items, such as the kimono). Taking an interdisciplinary approach, she examines the semiotics of dress onscreen within interwar Japan’s transcultural media climate, consulting not only film- or fashion-related theoretical bases but also historical and gender-based approaches. She consults surviving films, print media and advertising materials, allowing insights into lost films and the period’s thriving commercial context. Dr Barnett will discuss the role of fashion consumption in defining emergent modern identities and their relationships with new spaces, questioning their arising in the Japanese context and within the global sphere. Her three main areas for exploration are the expressive Modern Girl image (the Japanese equivalent of the Hollywood flapper); sportswear and hybridised dress styles (which combined Japanese and Western-influenced aesthetics) and their relationship with the body, and menswear and the Modern Boy in the early work of the director Ozu Yasujirō. The event will be chaired by Dr Marcos Centeno.

Dr Lois Barnett was awarded her PhD by SOAS in 2019, funded by the Great Britain Sasakawa Foundation and the British Association for Japanese Studies. She also holds a BA in Japanese Studies and an MA in Global Cinemas and the Transcultural, both from SOAS. Her work examines the interaction between the consumer-as-audience-member and Japan’s transnational film and fashion industries, taking an interdisciplinary approach which considers the role of dress and the cinema in articulating modernity. Themes appearing in her work include the Modern Girl and Modern Boy, the effect of the onset of sound cinema on costume in the Japanese cinema and the role of body image in marketing sportswear onscreen in the 1930s.

Dr Marcos Centeno is Lecturer in Japanese Studies and director of the Japanese Programme at Birkbeck, University of London. Before that, he worked for the Department of Japan and Korea at SOAS and also served as Research Associate at Waseda University and Research Fellow at the Universitat de Valencia as well as visiting researcher at Ochanomizu University, Tokyo, Université Sorbonne Nouvelle Paris 3 and Goethe Universität Frankfurt. Centeno also worked in television for several years. His full-length documentary film, Ainu. Pathways to Memory (2014) on the problems of representation of Ainu culture received several prizes by international film festivals and other institutions. His research interests revolve around Japanese documentary film, Hani Susumu, film theory, transnationality, postwar avant-garde and the representation of minorities and youth. Centeno has recently led a research project entitled “Japanese Transnational Cinema” funded by Sasakawa and Daiwa foundations, Waseda and Japanese ministry of education (MEXT). 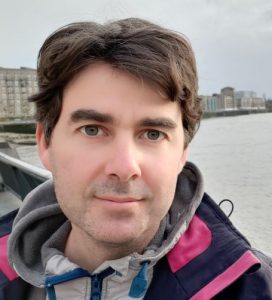