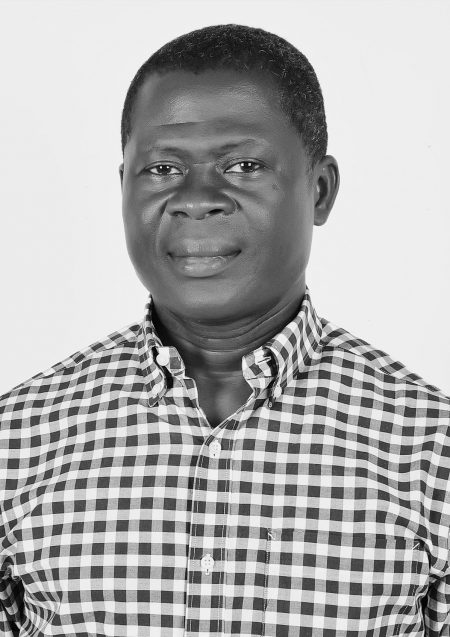 Dr Patrick Oloko is an Associate Professor of Literature and Cultural Studies in the Department of English, University of Lagos. His main research interest is Gender in African Postcolonial literature, with emphasis on understanding how the corrective goals of feminist writings are expressed using the aesthetic infrastructure of the novel. As a literary critic Dr Oloko is positioned to bring an eclectic and interdisciplinary approach to his engagement with cultural materials in other genres and media. The ways that the oral, written, performative and screen arts dovetail with one another within the spectrum of the narrative is only becoming clearer as artists and writers reshape their techniques to meet new tastes. His research in this direction is geared towards understanding the complementarities of forms and the intrinsic and extrinsic exchanges and undercurrents shaping their dynamic frames. In specific terms, Dr Oloko hopes to be useful in the African screen worlds project by demonstrating what he considers to be an emerging form of the Nigerian novel framed in congruence with the tastes and aesthetics of Nollywood films. Dr Oloko is the editor of The Fiction of Akachi Adimora-Ezeigbo: Issues & Perspectives (2008) and In Theory and In Practice: Engaging the Writings of Hope Eghagha (2015), among other essays published as book chapters and journal articles. He served as Regional Coordinator (RC), heading the Lagos team on the European Research Council (ERC) funded research project, The Cultural Politics of Dirt in Africa:1880-Present, from 2013-2016 under the FP7 grant period. He was co-recipient (with Ute Roeschenthaler of the University of Frankfurt, Alessandro Jedlowski of University of Rome, and Ibrahima Wane, of Cheikh Anta Diop University, Senegal) of the Point Sud/German Research Council Award to conduct a workshop in Burkina Faso.