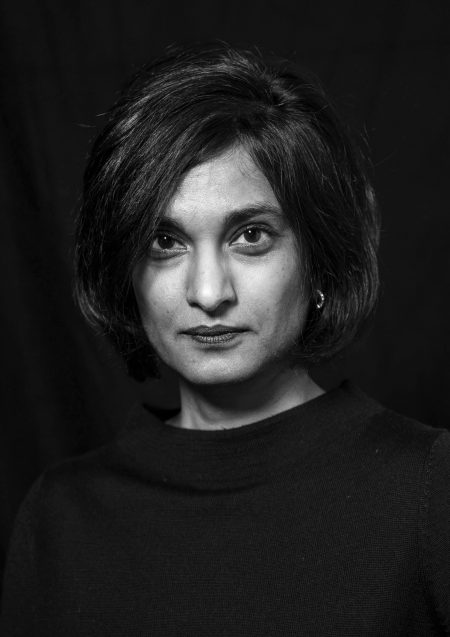 Jyoti Mistry is Professor in Film at Valand Academy, University of Gothenburg in Sweden. She works with film both as a research form and as a mode of artistic practice. She has made critically acclaimed films in multiple genres and her installation work draws from cinematic traditions but is often re-contextualized for galleries and museums that are outside of the linear cinematic experience. Select works include: When I grow up I want to be a black man (2017), Impunity (2014), 09: 21:25 (2011), Le Boeuf Sur Le Toit (2010), I mike what I like (2006) and We remember differently (2004). Her work has screened at numerous festivals including the Toronto International Film Festival, Kurzfilmtage in Winterthur, Rotterdam International Film Festival, Stockholm International Film Festival, Durban International Film Festival, Edinburgh Africa In Motion festival, African Diaspora International Film Festival in New York City and Galerie Nationale du Jeu de Paume in Paris. Select publications include: we remember differently: Race, Memory, Imagination (2012) a collection of essays inspired by her film which explores the complexity of racial identity in South Africa. Gaze Regimes: Films and Feminisms in Africa (2015). Places to Play: practice, research, pedagogy (2017) explores the use of archive as an exemplar to rethink colonial images through “decolonised” film practices. She has edited a special issue of the Journal of African Cinema: “Film as Research Tool: Practice and Pedagogy” (2018).

She has taught at University of the Witwatersrand (South Africa), New York University; University of Vienna; Arcada University of Applied Science Polytechnic in Helsinki, Nafti in Accra and Alle Arts School at University of Addis Ababa. Mistry has been artist in residence in New York City, at California College of Arts (San Francisco), Sacatar (Brazil) and a DAAD Researcher at Babelsberg Konrad Wolf Film University (Berlin). In 2016-2017 she was Artist in Residence at Netherlands Film Academy. In 2016 she was recipient of the Cilect (Association of International film schools) Teaching Award in recognition for innovation in practices in film research and pedagogy. Currently, she is the principal research investigator on a BRICS (Brazil, Russia, India, China, South Africa) cross cultural project that explores image-making practices.