Cine-Ethiopia: The History and Politics of Film in the Horn of Africa 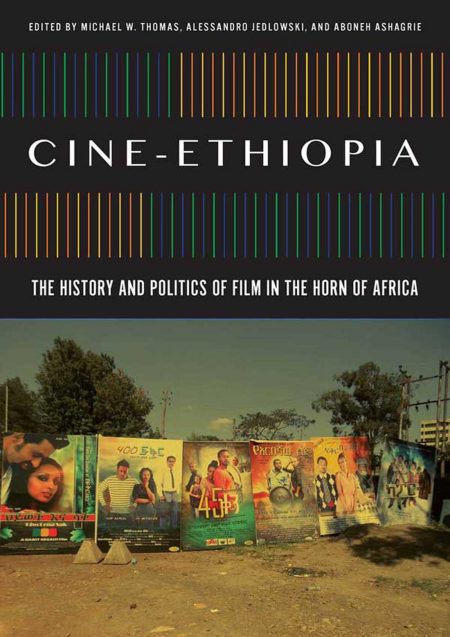 Over the past decade, Ethiopian films have come to dominate the screening schedules of the many cinemas in Ethiopia’s capital city of Addis Ababa, as well as other urban centers. Despite undergoing an unprecedented surge in production and popularity in Ethiopia and in the diaspora, this phenomenon has been broadly overlooked by African film and media scholars and Ethiopianists alike. This collection of essays and interviews on cinema in Ethiopia represents the first work of its kind and establishes a broad foundation for furthering research on this topic. Taking an interdisciplinary approach to the topic and bringing together contributions from both Ethiopian and international scholars, the collection offers new and alternative narratives for the development of screen media in Africa. The book’s relevance reaches far beyond its specific locale of Ethiopia as contributions focus on a broad range of topics—such as commercial and genre films, diaspora filmmaking, and the role of women in the film industry—while simultaneously discussing multiple forms of screen media, from satellite TV to “video films.” Bringing both historical and contemporary moments of cinema in Ethiopia into the critical frame offers alternative considerations for the already radically changing critical paradigm surrounding the understandings of African cinema.