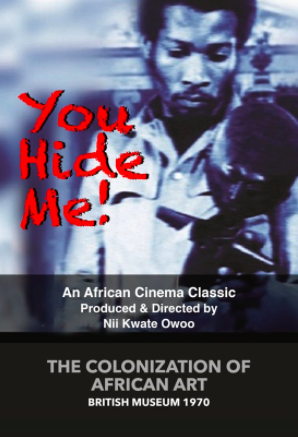 The first in this series of 4 webinars foregrounds the need to rethink the sources of knowledge and institutional frameworks that underpin the curating and teaching of African art, and the value of Africa’s historical cultural knowledge for a better understanding of the issue of restitution. The series of webinars in this showcase was organised by the June Givanni Pan African Cinema Archive (JGPACA) with partners SOAS/African Screen Worlds; AFFORD; and The Africa Centre with assistance and support from The Art Fund and MayDay Rooms.

The film You Hide Me was made by Ghanaian filmmaker Nii Kwate Owoo in the British Museum in London in 1970 and presented the case for the restitution of African art, which is still resonant today. This series was made to mark the 50th anniversary of this film and bring it to wider attention. The film – which is held in the JGPACA – can also be seen on the Vimeo on Demand platform. 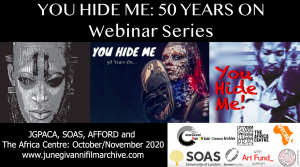