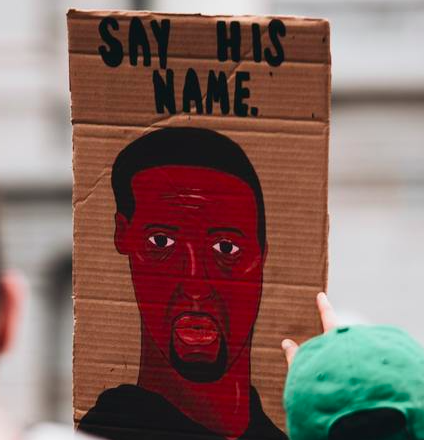 The Screen Worlds team want to express our deepest sadness and anger at the murder of George Floyd. It is impossible to interpret this injustice as an isolated event. Ahmaud Arbery, Philando Castile, Ezell Ford, Eric Garner, Oscar Grant, Atatiana Jefferson, Bettie Jones, Tony McDade, Tamir Rice, Alton Sterling, Breonna Taylor and so many others have died at the hands of US law enforcement officers. The disproportionate toll of Covid-19 on people of colour in the UK and the US reveals even further the long-standing, deep-seated discrimination on these communities. Unjust violence continues to be enacted by the institutions that are supposed to protect black civilians, not just in the US and UK, but globally. The racist actions and comments of Donald Trump, as well as the bigoted policies and statements of Boris Johnson, Jair Bolsonaro and others who share their politics, continue to sow divisiveness fifty-seven years after Martin Luther King’s ‘I Have A Dream’ speech envisioned a world of freedom and unity.

Our mission at Screen Worlds is to explore how film and screen cultures can contribute to the struggle for an anti-racist, decolonised world, with a particular focus on African film and filmmakers. We will continue to organise screenings and Q+A sessions that offer platforms for underrepresented filmmakers who should be far more widely appreciated, and we will continue to work hard on our forthcoming books, films, and podcasts in collaboration with people from all over the world – but especially in diverse contexts in Africa and Asia – collectively challenging the Eurocentricity of contemporary discourses and creative industries. Our free online toolkits and forthcoming and recent books provide understanding of films and film industries in Africa and Asia, and critique the Eurocentric screen cultures that dominate the global image economy. At this critical moment in the long fight against racism, we would encourage everyone to watch this important scene from Lee Mun Wah’s masterful The Color of Fear (1994). Lee’s documentary was filmed twenty-six years ago yet the same mistakes continue to be made, the same frustrations continue to cost the precious lives of our friends and family members. 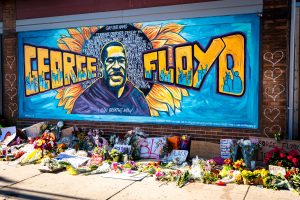 There are many people who we look to for guidance in this struggle. We recognise how recent and provincial our own project is compared to the contributions of people around the world over the past 500 years – many of them in Africa. But while our project aims to be global, we have to acknowledge that our project’s working base is the UK, and that we need to look first and foremost at what needs to change in our own local environments and to learn from the people who have been doing that frontline work.

Maxine Thomas-Asante, SOAS Student Union’s Co-President of Democracy and Education, and Valeria Racu, Co-President of Welfare and Campaigns, have graciously granted us permission to circulate two important resources: the Action Against Police Brutality document, and the SOAS SU Fight Anti-Blackness resource pack. Mireille Cassandra Harper, Assistant Editor at Square Peg Books, has created an important public thread – 10 Steps To Non-Optical Allyship – for non-black allies and supporters who want to express solidarity in a manner that goes “beneath the surface” and attempts to break away “from the systems of power that oppress” (Latham Thomas 2018). Daikon Zine have created this useful collection of funds and support networks. In our resources section, we have included a list of Bond, Bail and Solidarity Funds collated by the Black Lives Matter Movement. We are also attaching: a collection of anti-racism resources for white people and parents; a database of professional and emerging black photographers who are covering the protests; a petition and accompanying information pack calling for racial justice in UK Higher Education Institutions; and a link to the ActBlue charity webpage which allows supporters to split their donations across a variety of helpful organisations.

Racism is a global problem, a structural system of oppression that extends beyond any one nation. Racism must be confronted in all contexts – in our homes, schools, and towns, and in the actions of our policymakers and world leaders – if we are to dismantle the lasting legacies of slavery and colonialism and thereby create just societies that embrace, respect and cherish the lives of all people at all times. 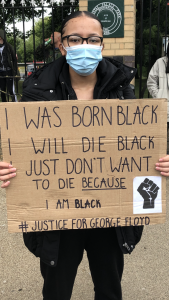 Photos by Screen Worlds, Logan Weaver and munshots on Unsplash