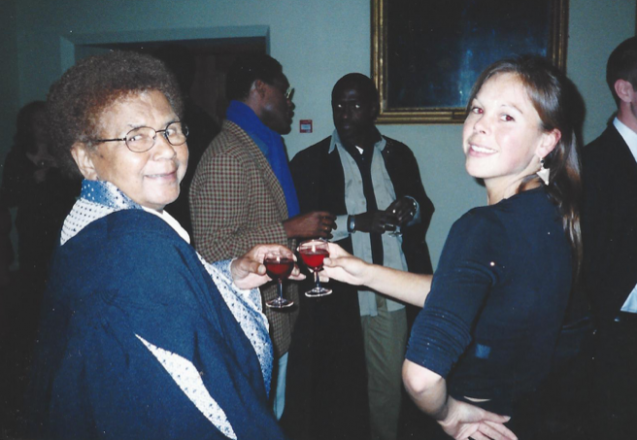 The Screen Worlds team would like to express our most heartfelt gratitude to the pioneering filmmaker Sarah Maldoror, who passed away in Paris this week from Covid-19 complications.

Sarah was the first woman of colour to direct a feature film in Africa and became respectfully known as the Matriarch of African Cinema.  After working as an assistant on Gillo Pontecorvo’s The Battle of Algiers (1966), she adapted a short story written by José Luandino Vieira for her prize-winning debut short film Monagambée (1968), scrutinising the torture techniques used by French forces during the Algerian war.

Sarah then won the Tanit d’Or (Grand Prize) at the JCC festival in Tunisia with her ground-breaking feature-length film Sambizanga (1972), another adaptation of Vieira’s work.  In the original source material, Vieira uses the arrest of Angolan national Domingos Xavier to depict a township’s communal struggle against the repressive Portuguese administration. However, in Sarah’s version, the filmmaker focuses on one of the novella’s marginalised characters, Xavier’s wife Maria, to explore the ramifications of colonialism for oppressed mothers and wives. As Sarah poignantly stated in 1995 during an interview with Jadot Sezirahiga for Ecrans d’Afrique: “African women must be everywhere. They must be in the images, behind the camera, in the editing room and involved in every state of the making of a film.  They must be the ones to talk about their problems.”

For students of the various film and art courses offered at SOAS, Sarah’s work features prominently as inspiration for a feminist model of decolonial filmmaking.  Our principle investigator Professor Lindiwe Dovey cherishes precious times spent with Sarah at Cambridge African Film Festival and Film Africa after inviting her to screenings of Sambizanga.  As a team, the Screen Worlds group would like to thank Sarah for all her contributions to empowering women, revolutionising cinema and decolonising our minds.